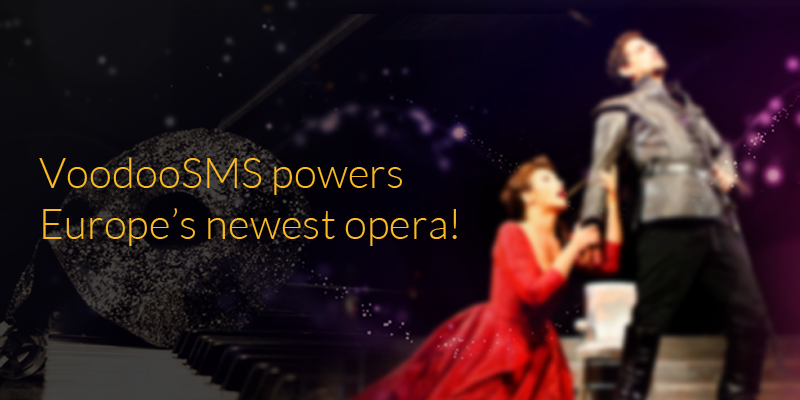 VoodooSMS goes to the Opera

London’s Tate Modern recently played host to a new and unique opera – all thanks to VoodooSMS.

In stark contrast to the sweeping strings of Puccini, or the rousing horns of Wagner, this quintessentially 21st Century opera was performed exclusively with that most modern of ‘instrument’: The mobile phone.

Opera by SMS is the brainchild of Buddhist-priest-turned-performance-artist Jake Harper AKA Banrei. The opera was delivered as two text messages a day over the course of two weeks to all those who bought a ticket.

The piece – a three-way collaboration between composer Banrei, Tate Modern’s Offprint event and VoodooSMS – is an exclusive in Europe, after first being performed in Chicago, USA.

The rhythm and melody of the piece are created by the communal vibrating and ringing of phones. The allegory is delivered inside the text as short messages, links and media.

Gareth Davies, Voodoo’s M.D. elaborated: “It was certainly one of our more unusual customer requests! As a company, we’re all about constant innovation and new thinking. When Jake approached us, after being told by other companies that it was impossible, we decided to rise to the challenge. It’s has been an enormously rewarding project. Certainly, it has helped change people’s perceptions of opera. And as a high-tech marketing business, perception change is at the heart of all that we do.”

Composer Jake Harper added: “A text-based opera is something I’ve been working on and trying to express for a while now. I was drawn to the intimacy of being able to reach out and touch the audience, to be in this close proximity of someone’s intimate personal space. Each iteration and each piece of text is touching the person physically through the vibrating of his or her phone. I am grateful to the team at VoodooSMS for making my idea a reality.”